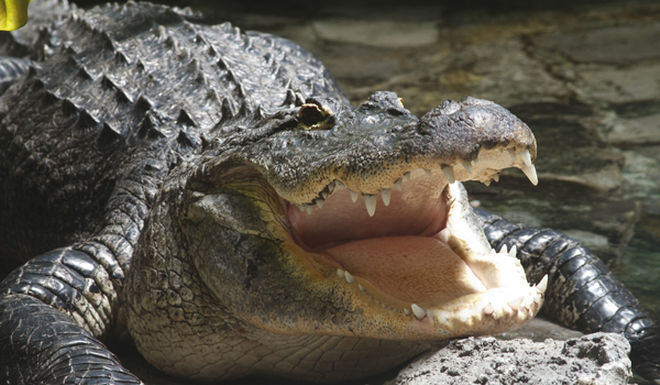 The alligator is a primarily freshwater animal, but will occasionally venture into brackish water. Alligators are known to kill and eat anything it can over power including bears, pumas and deer. Male alligators can reach up to 15 feet in length and wright up to 1200 pounds. Females bury their eggs in a mound of loose debris which they scrape together. Nests are guarded and when the young hatch, the mother assist the offspring in getting to the safety of the water. The american alligator is a success story in endangered species. Considered on the brink of extinction in 1967, through the combined efforts of wildlife agencies and large commercial breeding facilities, these unique animals were saved and consequently removed from the Endangered Species List in 1987. 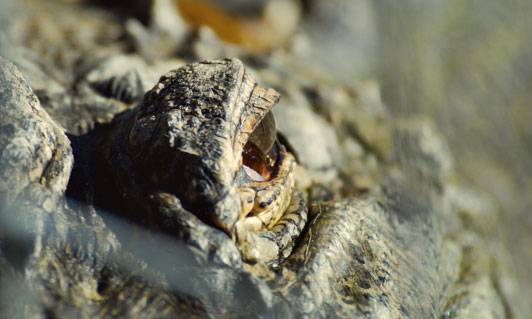