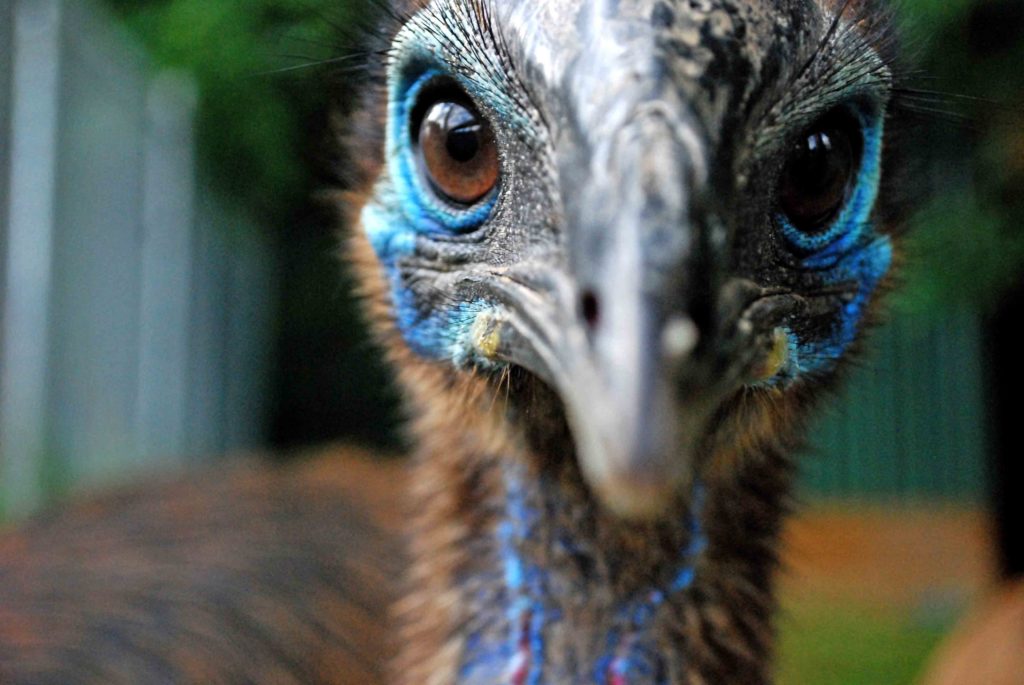 The Cassowary is the third tallest and second heaviest bird standing just under 6 feet and weighing 130 pounds. They are considered the world’s most dangerous bird because of their reputation of injuries inflicted by the elongated nail on the middle toe. In truth, only one human fatality can be confirmed. The cassowaries are shy solitary birds, which come together only during courtship. The male does all the incubation and rearing of chicks. The distinctive casque on the head is believed to play a roll in acoustic communication in the dense rainforest, as these birds emit very low frequency calls on the edge of human hearing. Cassowaries swallow fruit whole and distribute seeds across the jungle floor via excrement. Habitat loss and population fragmentation are the main threats to the species survival. 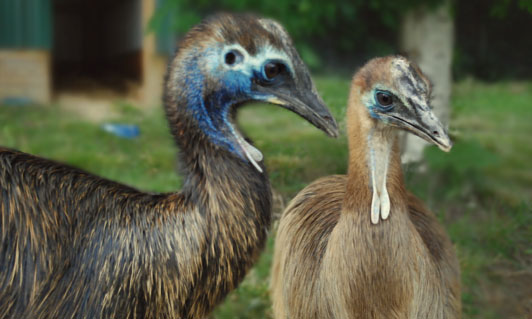 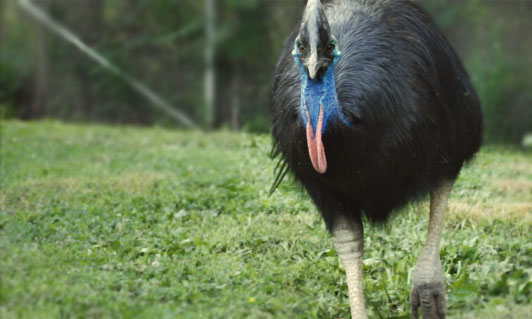