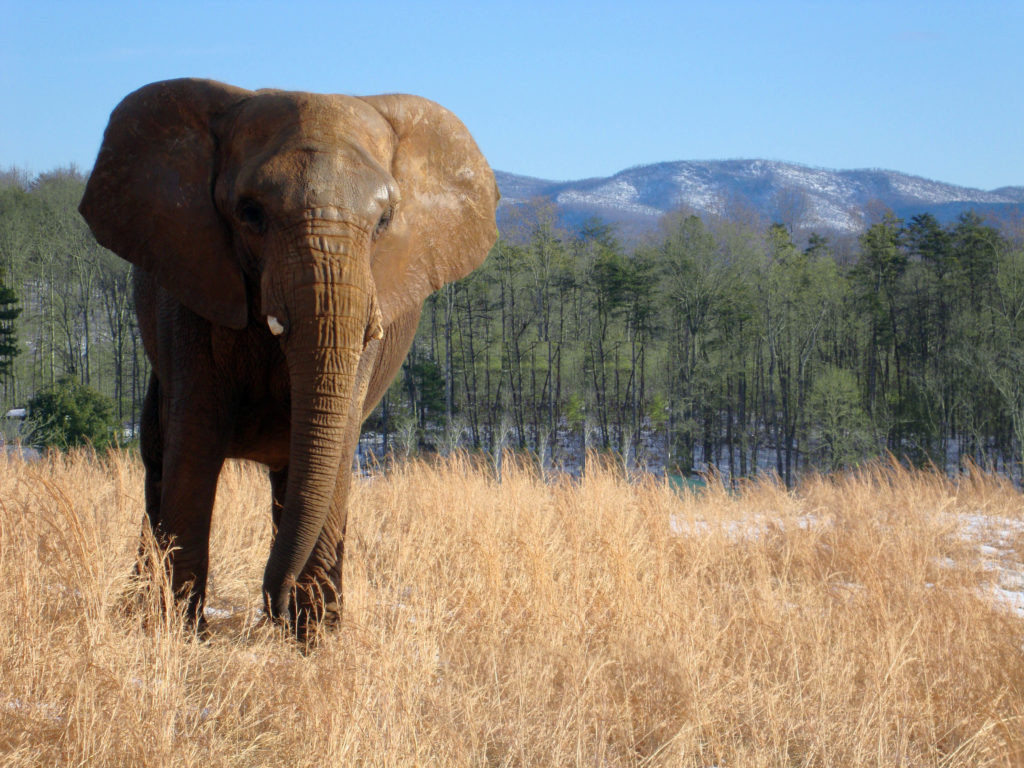 The African elephant is the largest land mammal with males weighing 12,000 pounds and standing 12 feet at the shoulder. Females are smaller weighing up to 10,000 pounds and standing 10 feet. Female elephants, called cows, live in matriarchal herds of mothers and their offspring. Males, called bulls, are solitary and only join the females for mating. Baby elephants, called calves, are born after 22 month gestation. Tusks are modified teeth and are used for digging roots, removing bark, fighting during mating season and defense against predators. Tusks can weigh up to 100 pounds and be 8 feet long. Elephants have 4 molars on each side and they are replaced 6 times during their life. The trunk has over 40,000 individual muscles making it sensitive enough to pick up a single blade of grass and strong enough to carry large logs. The ears of an African elephant cool the animal by providing a large surface area for heat dissipation. Poaching for ivory and human encroachment has resulted in enormous declines in population size. Population culling produces many “orphaned” baby elephant, fortunately these babies are often offered sanctuary in zoological parks. 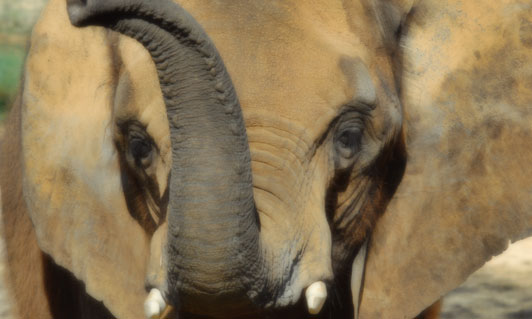 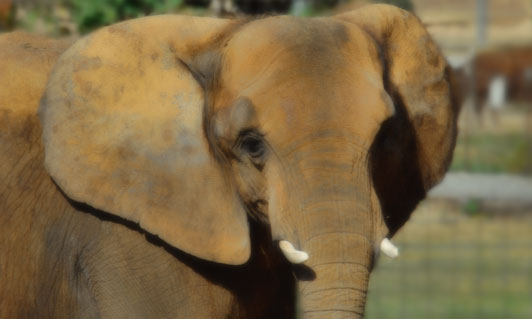